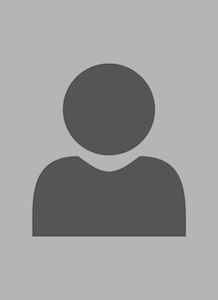 Ministry of Economy and Finances

Office of the Comptroller General of the Republic

He is a Professor of the Universidad Marítima Internacional de Panamá and Vicepresidente of its BOard of Directors; founder partner of Barakat-Pitti & Associates Law Firm en Maritime, Commercial and Civil Law.

In the public realm, he worked in the Maritime Court of Panama; he was the Sub Administrator of the Panama Maritime Authority and Ad-Honorem legal and consular counselor of the Panama Embassy in Canada.

Barakat is a member of the Instituto Iberoamericano de Derecho Marítimo, of the Panamanian Association of Maritime Law and of the National Attorney’s Board.

He was a member of the Board of Directors of the Panama Canal Authority from 1998 to 2007. He chaired the Blue-Ribbon Engineering Committee, (BREC), which made recommendations for the modernization of the Canal altogether with the United States Army Corps of Engineers (1996-1998), leading to the final program of expansion of the Panama Canal.

Roy is the founder president of Ingeniería R-M—established on 1975—, one of the most well-known companies devoted to construction in Panama.

Roy has been distinguished with many awards and acknowledgements within and outside of Panama.

He is currently the Minister of Canal Affairs.

Bachelor in "Quantitative Business" with a specialization in Computer Sciences in the Louisiana State University, Baton Rouge, Louisiana. She has an MBA from INCAE Business School, Costa Rica, and she is a member of its National Committee in Panama.

Varela has more than 20 years of experience in private business, where she developed an integral career within Esso Standard Oil, S.A. Ltd. Panama, an affiliate of the Multinational ExxonMobil Corporation.

Since 2004 and for 8 years in a row, she was the General Manager, in charge of the company, including the direct operation of the Panama and Nicaragua affiliates, where she led areas such as Finances, Budget, Promotion and Sales, Human Resources and Public Relations among others. She managed the business during its expansion phase and led successfully the transition process due to the sales of the affiliated to ExxonMobil in Panama.

She chaired ExxonMobil Sales and Supply and Esso Standard Oil, S.A from 2004 to 2012, and she was the Vice President of AmCham Panama, on 2012.

She currently chairs the Board of Directors of the Caja de Ahorros and of the Empresa de Generación Eléctrica S. A. (EGESA).

Varela was the Vice Minister of the Ministry of Economy and Finances, from 2014 to 2018 where she actively helped on emblematic projects of the portfolio, such as the implementation of the Single Treasury Account, the ISTMO System (Model of operational Administration of the Panamanian State) and the successful exit of Panama from the list of the Financial Action Group (GAFI).

She is currently the Ministry of Economy and Finances.

He started his career in the Panama Canal as tugmaster and afterwards as one of the first Panamanian pilots. He was Chief of Education and Development, he managed the training programs of the Panama Canal that eventually allowed Panama to have a 100% Panamanian maritime workforce in the Canal.

On 2000, Captain Allard was appointed as Ambassador and Permanent Representative of Panama before the International Maritime Organization, in London. While he was in the IMO, after the September 11 events, he was also an active participant on the discussions to amend the SOLAS to include maritime safety issues, which finally created the ISPS Code. He was appointed as Governor or the World Maritime University (WMU) and member of the Executive Board of the University.

Captain Allard worked in the Panama Canal for more than 30 years, until his retirement at the end of 2008. At the Panama Canal, he combined operational tasks as pilot and he occupied management positions until May, 2006, when he was granted an absent leave to help the strengthening of the newly created International Maritime University, turning into the first President of the institution.

On 2003, Captain Allard was honored with the Award to the Maritime Excellency of the Lloyd's List in the category of Excellency in the Provision and Maritime Training and Education and on 2009 he was selected President of the World Maritime University, located in Malmo, Switzerland.

He is the current Dean of the School of Engineering and Technology of the Universidad Santa María La Antigua.

He has had an outstanding performance on management positions in the private sector and he has worked for national and international companies such as: Microwave Company, Esso Standard Oil, Cervecería Nacional and Cable & Wireless.

On 2002, he was incorporated to the management team of the Panama Canal as Finance Director, with the responsibilities of planning, financial analysis, risk management and contract administration, as well as the design of policies and strategies for the continuous improvement of the Authority. Due to his valuable inputs to the sector, he was appointed as Sub Administrator of the Panama Canal on 2007.

Digerónimo studied Maritime Economy at Universidad Argentina de La Empresa. He obtained an MBA in Maritime Administration at ULACIT on 1997 and a Master’s Degree Bunkering from the Universidad Marítima de Panamá on 2014.

On 1992, he started a career on the Panama maritime cargo companies, by leading the Ro-Ro commercial operation and the tanker ships, which allowed him the acquisition of skills to lead the Administration of important companies of the maritime sector, like Verenigde Tankrednj B.V. and VT Shipping.

On 1999, he took part of Petrolera Nacional, and he was the General Manager of the Corporation until 2009.

From 2004 to 2006 led the cluster that gathered the bunker companies in Panama, to analyze the potential of the sector with the support of international organisms.

His wide experience has allowed him to perform the Presidency and executive positions on the Maritime Chamber of Panama and to give important input at national and international talks, highlighting his participation in the Panama Maritime conferences.

Digerónimo has promoted training and courses on practical education related to the knowledge on bunkering in Panama City.

Currently, is the General Manager of VT SHIPPING INTERNATIONAL INC.

Bachelor in Law and Political Sciences graduated from the Universidad Santa María La Antigua. He obtained a Master’s Degree in Commercial and Corporative Law from the London School of Economics.

He has wide experience in Commercial, Corporative and Maritime Law, nationally and internationally, standing out by his specialty in estate planning, corporative government of family corporations, management and structuration of foundations and trusts, philanthropic entities, international tax planning and corporative consulting.

His experience in maritime matters has allowed him to perform great inputs in the elaboration of maritime legislation, among which we can highlight the General Panamanian Law of Merchant Marine.

He actively participates in relevant positions of national associations and NGO, as President of the Panamanian Football League (LPF), President of Plaza Amador CD, member of the Directive Council of WTT Foundation, member of the Central American Leadership Initiative (CALI 7), member of the Board of Directors of PanVestFund and member the Society of Trust and Estate Practitioners (STEP).

In the present he is a partner in Arias, Fábrega & Fábrega.

García Molino also has been General Manager of the Tocumen Airport. He has also been independent Auditor, Examiner of Authorized Fraud, Manager and Comptroller of private companies.

He is a renowned professor of Audit and Ethics at the Universidad Especializada de CPA and he has also been a researcher.

Nowadays, he is the General Secretary of the General Comptroller’s Office of the Republic of Panama.